The Snow of a Lifetime 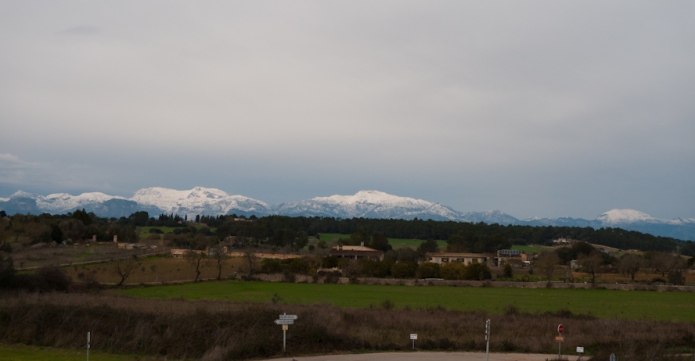 Mallorca has just had the most snow I have seen in 25 years of living on this island. Newspapers reported that, at least in Palma, there has not been as much snow as last Saturday since 1956. Twenty-five roads had to be closed in the Tramuntana mountain range, as well as on the Puig de Randa and the Puig de Sant Salvador. Four roads still  continue to be closed as per this morning, at Coll de Sóller, between Bunyola and Alaró, Puigpunyent, and at Coll de Sa Batalla. There were delays of up to four hours at Son Sant Joan airport, and there was some disruption with ferry crossings. The Orange weather alert has now been reduced to Yellow for today and will return to normal (Green) as of tomorrow.

Daytime temperatures are slightly up again and will hover around 10° to 11° C today and for the rest of this week. From my experience I would say that there might be one more cold snap with snow before the beginning of March. 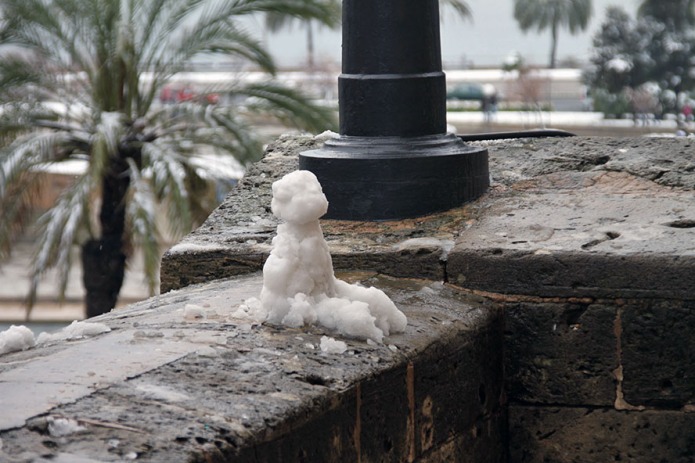 Thank you very much,