The Centenary Railway to Sóller 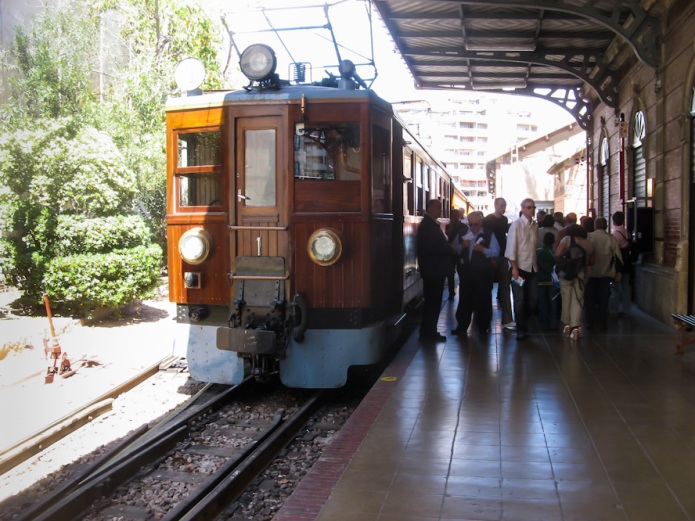 April 16th, 1912 was the date of the first ever train journey between Palma and Sóller. Today marks the one hundredth anniversary of that inaugural trip (see photo bottom).

When the railway line was built, the always clever Mallorcans were listo (smart) enough to resort to a trick. The length of the line from Palma to Sóller was only 27.3 kilometers but should have been a minimum of 30 km to qualify for some state subsidies. Hence, the construction of an additional 4.9 kilometer track was begun at the same time, linking Sóller to Port de Sóller.

A trip on the old carriages through beautiful Mallorcan landscape including 13 tunnels is recommended, even if a bit pricey. You could consider a one-way trip to Sóller on the Centenary train and come back on the bus.

A commemorative act will be celebrated tonight at 19h00 in Sóller’s Estació de tren. 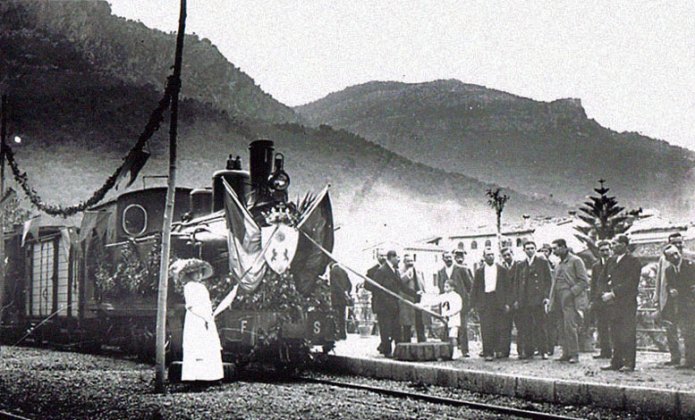 The photo (top) was chosen from my archive. It was taken in Palma, Mallorca, Baleares, Spain. The date: April 11th, 2008. The time was 16:59:43. The photo (bottom) was borrowed from the Internet, courtesy of canprunera.com.