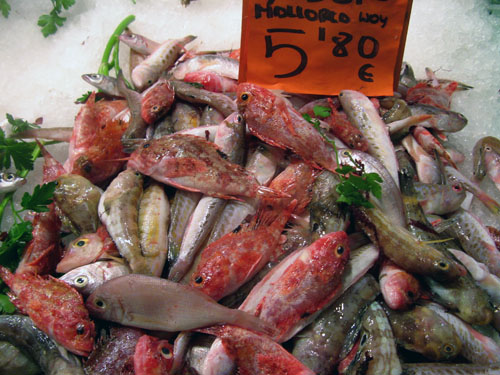 The prevalence of fresh fish and seafood in Spain is one of the many perks of living in the South. Or it would be if it wasn’t for that miserable Anisakis parasite.

Until very recently I was not aware of the Spanish Real Decreto 1420/2006, a legally binding decree issued by the Spanish Ministry of Health and Sanitation, obliging all establishments in Spain serving food to the public to freeze fresh fish and seafood for at least 24 hours at below -20º C. The decree was signed by King Juan Carlos I on 01-12-2006.

Just in case you wondered, the order applies to Sushi and Sashimi just the same, as well as oysters. Damn it.

To make myself clear: I am more bothered about the Royal Decree than I am about never being served fresh fish any more. Yes, I would like to be warned of the dangers and risks involved, but no, I would actually prefer to make my own decisions about any of my food intake, oysters and all.