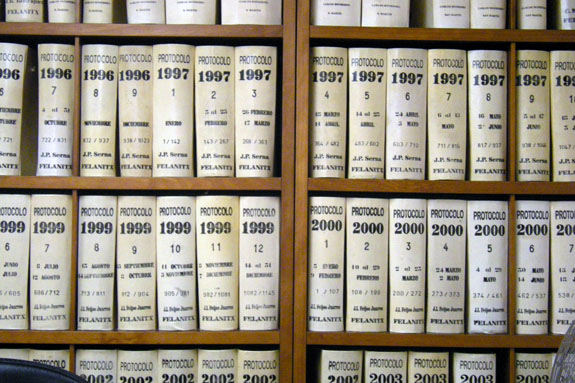 The legal system in Spain is based on the Napoleonic Code which makes things quite distinct from countries such as the UK and the USA, where the respective legal systems are rooted in the Roman Law. The difference is quite significant in matters of daily considerations.

One of the legal characteristics here in Mallorca, and Spain as a whole, is the frequent need in legal matters of a notario. If you are a resident here for sure you will have heard of the procedure of Escrituras Publicas. They are legally binding documents signed in the notary’s office as a basis for later inscription into the Land Register, the Registro Mercantil (Companies House) or the Registrar’s Office. The notario is the man to see if you want to buy some land, sell a house, sign a mortgage, sign a last will, sign a power of attorney, set up a company, buy company shareholdings, accept an inheritance, and so forth.

The notario is appointed to the position by the Spanish state and as such has to act independently and neutrally. A notario will not be called upon in matters concerning the criminal law.