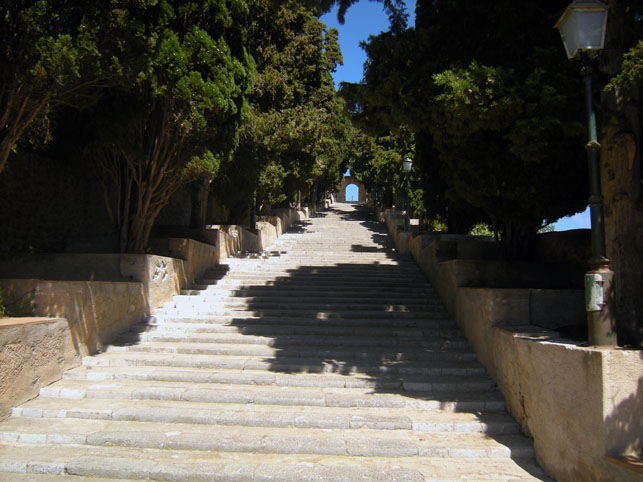 The 39 steps of Artà are in fact 180 steps, leading up to the Santuari de Sant Salvador. Whilst not quite as magnificent as the 364 steps leading up to the Calvari de Pollença, the Artà steps are spectacular and impressive. Up on top, you’ll find the fortified walls of Moorish origin, the church of Sant Salvador, a bar and some splendid panoramic views. The fortress’ original ramparts had to be altered and strengthened during the 16th century to better defend against pirate attacks.

The scene will form the backdrop for the Endavallament de la Creu on Friday, April 22nd, at 21h30, a dramatic passion play well worth attending. Admission is free for the price of having to climb the 180 steps in good time before the show commences.