October. Autumn is here. The weather is cooler now by quite a bit. This might be a good time for a nice walk or a hike to somewhere you haven’t been to before.

We went on a coastal walk a few months ago, and what an adventure it was. The walk was called Ses Set Cales (seven coves). The walk, or should I say hike, took us from Cala Ferrera near Cala d’Or to Cala Marçal by way of Cala Mitjana, Cala Sa Nau, Cala Estreta, Cala Brafi and one or two other ones whose name I forgot. The weather was fair and dry. We took off from Cala Serena near the outskirts of Club Robinson and made our way to Cala Ferrera. Soon enough we lost our way. The path faded quickly into non-existence and we had to hazard a guess on our route across the coastal vegetation, bushes, sharp-edged stones, rocks, fallen tree trunks, you name it. Up and down we stumbled, sometimes crawling on all fours, wondering if the author of the small guide had actually ever been anywhere near this area, or whether we were perhaps intoxicated or worse, simply had lost our intellectual capacities. 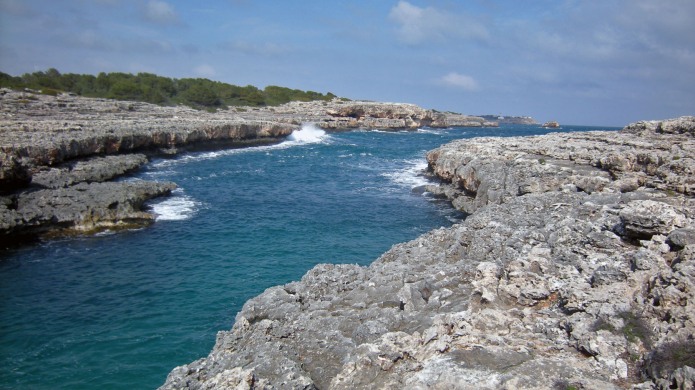 We had picked up some leaflets from the Felanitx Tourist Information centre. The Set Cales leaflet is available in two language versions, Catalan/Castellano and English/German. The information contained in the two leaflets did not coincide with one another. The translation was incorrect and misleading, even inconsistent between Catalan and Castellano. The leaflet stated uniformly in all four languages that the walk was of medium difficulty and would take 128 minutes from start to finish. We rated the excursion as being difficult to very exhausting and it took us 279 minutes, well over twice the time frame stipulated.

Still, we had a good time as we were in the good company of friends. In the end we just laughed it off, had a cup of tea and were glad to have survived a major ordeal. Soon, we’ll set off again but, next time we won’t trust the Felanitx Tourist folks.