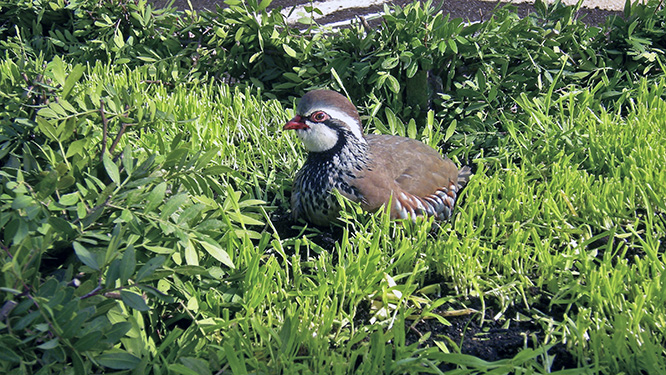 The Perdiu had its big day yesterday in the pueblo of Montuïri. The Perdiu (Alectoris rufa) is a game bird, also known as the Red-Legged Partridge. The annual Fira de sa Perdiu was celebrated in Montuïri yesterday for the 33rd time. This traditional partridge event is quite a fascinating do. Farmers, hunters and game bird enthusiasts converge here every year to have their Perdiz Roja (as the bird is called in Castellano) sing, perform and compete to hopefully win one of the championship trophies. The overall championship winner yesterday was Toni Miralles with a score of 25 points. The rules for the competition are quite stringent, as are the guidelines and restrictions for partridge hunting season in Mallorca, which also happens to be relatively short (October 12th to January 25th).

The Red-Legged Partridge was introduced to Mallorca in the 13th century, possibly coming from the mainland with the conquistadors. The bird is said to now suffer a decline in populations throughout Spain due to excessive hunting. There are some 26,000 hunting licenses for small game in Mallorca; not all of the license holders made their way to Montuïri yesterday.