The Sa Calobra Canyon, also known as the Torrent de Pareis Gorge, must be one of the island’s most dramatic landscapes and is one of Mallorca’s two Natural Monuments. Friends of ours wanted to go there for a walk yesterday and were most surprised when we told them that it would be well worth visiting but would, indeed, be a very testing hike or trek, and not to be underestimated. We advised them not to overestimate their skills and rather enter the canyon from the seaside, trying to get up into the gorge as far as they could and to turn back when the going got too tough.

Luckily, our friends heeded our advice and set off with sturdy walking boots, a plentiful supply of water, the mobile phone charged up and a digital camera for the scenic views en route. They went through Inca and admired the drive up past the terraced landscape of the Tramuntana mountains, turned left on top in the direction of Sóller and turned right past the aqueduct in the direction of Sa Calobra. They were most impressed by the 12 km long serpentine route and by the beauty of the Mediterranean Sea when they got down to Sa Calobra. They found the beach, had a swim, walked to the mouth of the canyon and began the hike. The trek was far from an easy Sunday afternoon stroll but, was just this side of too demanding. After about an hour the path was blocked by some boulders of perhaps 3 metres in height and they decided that it was time to head back. I am glad they did. They went back for another refreshing swim in the gorgeous sea before they headed back for Inca where they treated themselves to some excellent fish (Cap Roig [scorpion fish], at 50 € per kg).

When they returned home they stated categorically that they wanted to live here as well. They had seen Mallorca at its best. 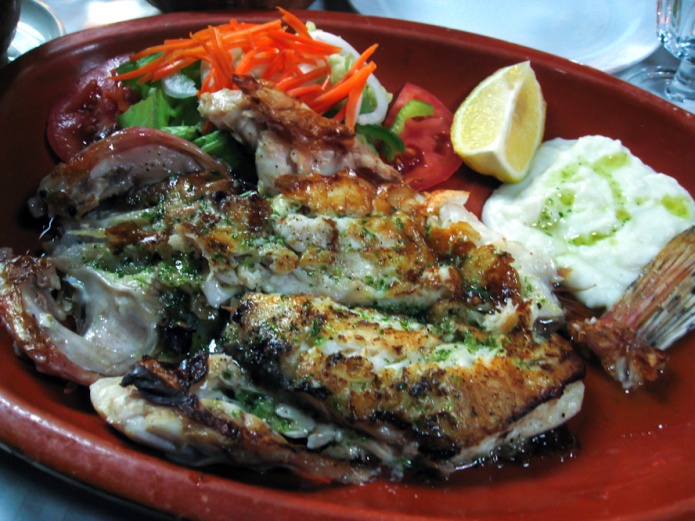 The photo (top) was chosen from my archive. It was taken near Escorca, Mallorca, Baleares, Spain. The date: July 7th, 2008. The time was 15:58:08. The photo (bottom) was borrowed from the Internet, courtesy of flickr.com and Guacamoliest.