The Gota Fría and the Blue Moon

You may well know by now that I am ill-equipped when it comes to taking pictures of the moon. This month of August 2012, we had two Full Moons, the second one being called a Blue Moon. The Trompa de Agua or Gota Fría we had two days ago in Palma and to the west, including Calvià, Andraitx and s’Aracco, may well have occurred as a consequence of the moon constellation. There was sufficient torrential rainfall, combined with thunder, lightning and a hail storm to cause trees to fall, the power supply to be interrupted, flooding in streets and houses, and what have you. The Gota Fría is a meteorological phenomenon which regularly befalls Mallorca at the end of Summer. The sudden drop in temperatures over the last two days would suggest just that, the end of Summer and the end of the stifling hot temperatures. 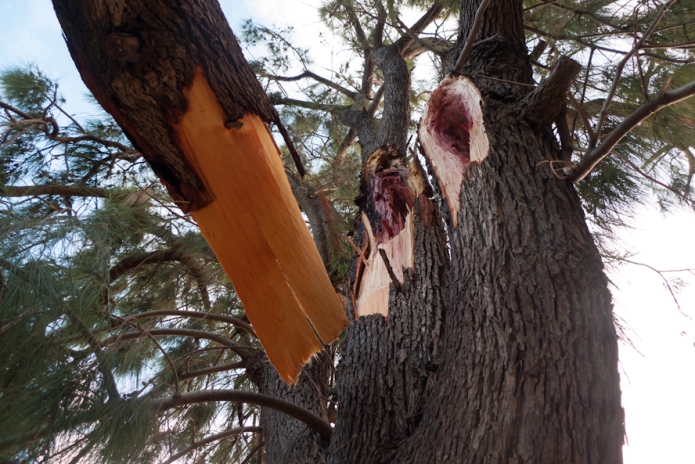 But worry not. The AEMet (Agencia Estatal de Meteorología) has us know that temperatures will rise again from Monday, September 3rd, to 30° C and beyond. You will still be able to go to the beach and there will be enough sun for a few more weeks to consolidate your tan. Don’t forget to put enough sun cream on, even though the air seems cooler now. It’s not the sun that burns your skin, it’s the UV rays. By the way, the Agency also tells us that the Yellow Alert will still be in action today and tomorrow in the North-East of the island, that’s the coastal area between Capdepera and Cala San Vicente, including Can Picafort, Alcúdia, Pollença and Formentor. Don’t go sailing up there if you want to be prudent.