To Have or Have Not 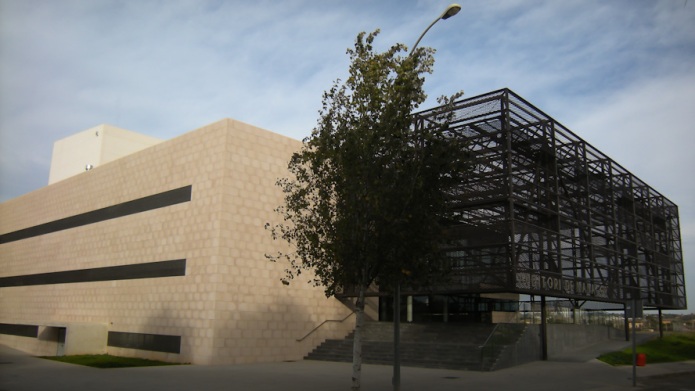 There is an endless competition between Mallorcan towns and pueblos when it comes to manifesting their supremacy. The coastal municipalities all want their own marina; the land based ones want their own golf course and all of them want their very own theatre, auditorium or cultural centre. Manacor, for instance, built a whopping big theatre complex no more than forty years ago with three salas of varying size and capacity. Admittedly, Manacor is quite theatre-friendly. They put on presentations quite frequently and they stage an annual Fira de Teatre (theatre festival for adults) and another one for school children; it is all quite endearing.

Some five or six years ago, other communities had caught up and were also proud proprietors of theatre stages for entertainment of the dramatic or the musical variety. Manacor had to up the game and built a new theatre complex, the new Auditorium de Manacor. The building budget was in amount of 6,000,000 Euros, the economy was still booming, the property bubble had not yet burst.

To cut a long story short, the new theatre building got constructed and is ready, albeit with a delay of one year and a slight cost overrun in amount of 2,000,000 Euros. In fact, the auditorium was opened provisionally a few months ago, last October I think. It can’t quite yet be inaugurated because it has not yet complied with the necessary legal papers of Abertura and of Final de Obra. And, it hasn’t got the money for the interior equipment, that is the budget for lighting, electricity, sound and stage equipment.It is ever so difficult for our politicians to grasp the difference between to have and to have not.

Luckily, Manacor’s most famous son, Tennis champion Rafa Nadal has donated 150,000 Euros towards the missing funds. The new Auditori de Manacor is now scheduled to open in the autumn. Insh’allah.

The town of Porreres opened their very own Auditori almost two years ago. The place was duly inaugurated but, there is no budget available to stage any concerts, plays or dance acts. If I counted it right, there were no more than 28 events staged there over the last 600 days. Same thing in Llucmajor where the Claustro de Sant Bonaventura was reformed at great expense and inaugurated to much fanfare, only to be left idle for most of the year. An auditorium was built there in an annex where perhaps 15 events are being staged every year. Or Felanitx and its new Escola de Música. Ten concerts per year, if that.

I wish someone would hold the mandarins responsible for their actions and for their blatant incapacities. Not in Mallorca, though.