When I last visited the cliff top fortification at Es Fortí de Cala Llonga in Cala d’Or, some twenty years ago or even longer, it was in a pretty bad shape; one might have called it a ruin. The origins of the fortification may easily go back a couple of hundred years or even more. It might have been built during the 1730s. At that time, surveillance and custody of the coast was a matter of great importance. In an inventory of the year 1832 the military fortress weaponry was listed as consisting of four cannons, a fact that clearly shows the importance and strength Es Fortí de Cala Llonga once had. 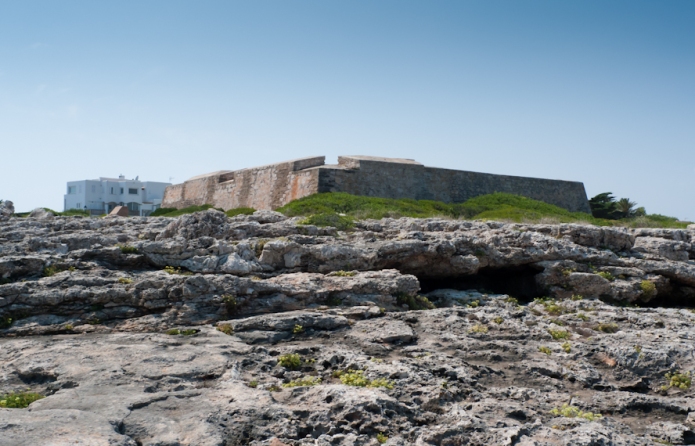 Nowadays, the small old fortress stands in good splendour; well, almost. The Military sold the fortress by way of an auction in 1878 and it became private property. In 1992, Es Fortí was acquired by the Fundació Illes Balears who slowly and carefully restored the erstwhile stronghold. It is now open to the public and serves as a venue for occasional festive events, concerts and other cultural and social gatherings. The views over the cliffs towards the coastline of Cala d’Or and the open Med are as good as it gets.

By mallorcaphotoblog
On September 17, 2012
2 Comments