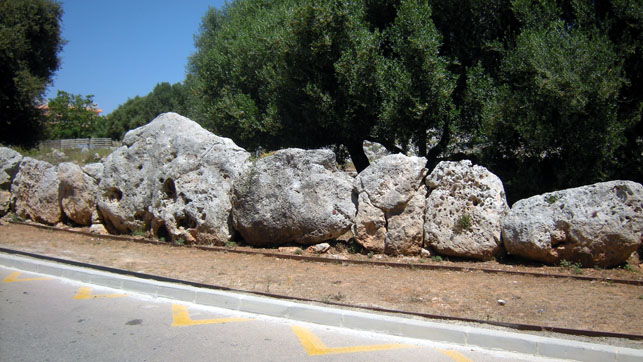 The Poblat Talaiòtic de s’Illot represents one of the best known prehistoric excavations on the island. The settlement is more than 3,000 years old and dates from the late Bronze Age (ca. 1300 B. C.). It predates the arrival of the Romans on the island (ca. 123 B. C.). In fact, the town people of s’Illot hypothesize that it was here, near today’s Cala Millor and Sa Coma, that the Romans first had their land contact when they arrived on this Insula Maiorica and conquered the island from here.

The settlement is considered typical of the talayotic culture. Less typical, though, is the impressive wall made up of massive boulders that seems to have surrounded the entire settlement. A long stretch of the wall stands to this day. The settlement is said to have been built over an underground cave holding a small natural lake which provided drinking water for the estimated population of 190 inhabitants.

The Poblat was discovered in 1955 by a local priest and excavated in 1965 by the University of Marburg (Germany).

The site was recently subjected to an extensive face-lift including wooden ramps and platforms as well as a Visitors’ Centre which was only inaugurated yesterday. 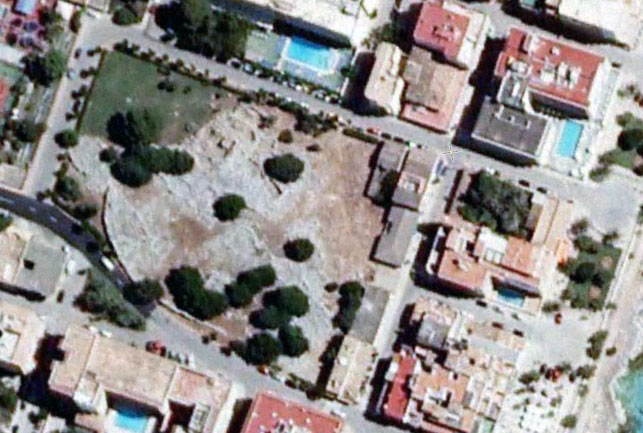 The photo (top) was taken near Sant Llorenç des Cardassar, Mallorca, Baleares, Spain. The date: June 7th, 2010. The time was 13:18:38. The photo (bottom) was taken from an aerial view offered online by the VisorSigPac website.