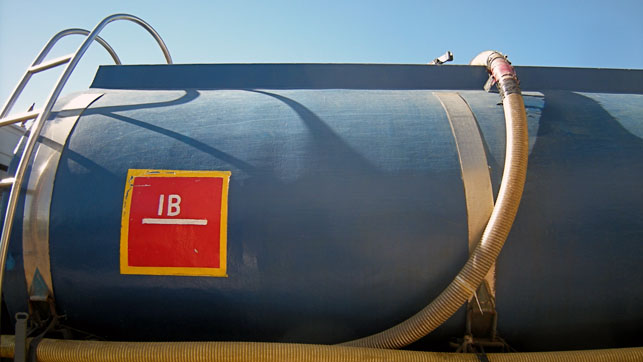 Water is important. You may not think about the importance of having water available until you run out of it.

In the old days, houses in Mallorca were not connected to the mains. There was no mains water outside of Palma and even in Mallorca’s capital, not many houses had running water. To assure a sufficient source of water, rain water had to be collected and stored in cisternas (water deposits). Buildings and roofs and courtyards were designed to make sure that a maximum amount of rain water could be retained.

If and when it did not rain, or if more water was used than had been stored, a camion de agua potable (water lorry) had to be ordered and, to some extent, still has to be called in, even to this day. The lorry shown in today’s photo delivered 10,000 litres of agua potable to a friend’s country abode near Felanitx, only yesterday. The water is of drinking quality and comes from an underground source, somewhere in the area. Buying a lorryload of water makes one realize that the transport easily comes more expensive that the actual water. The load of water (10 tons) came to 45 € including the transport, amounting to about one Euro cent for every 2 litres, including some profit for the lorry driver as well as the owner of the well. Rain water would be cheaper but is not reliable enough in its frequency, especially now in the summer.