High-Tech in the High Mountains 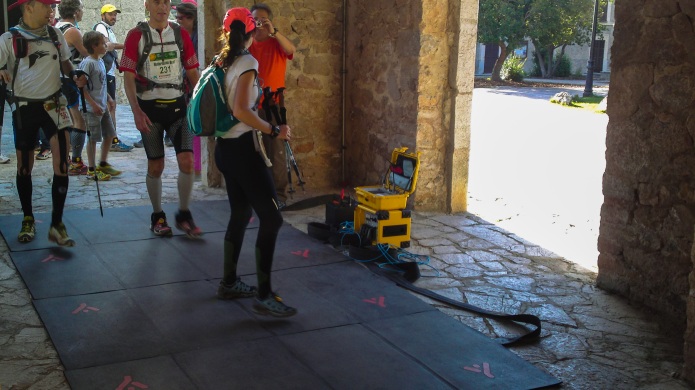 My friend and loyal reader David commented on the breadth of the topics this blog covers, and that he never realised that Mallorca was so interesting. These kind words were well received. Mallorca offers so very many different facets indeed and even more than I have covered in the nearly five years of this blog’s existence (six weeks to go for the fifth anniversary) and its 1,789 blog posts. The thing is that most of us are only aware of our immediate surroundings and environment. Let me talk about golfers who know more than I do about what is going on in the golfing circuit, and perhaps much less about falconry. Or the boat people who are fully entrenched in yachts and knots and marinas, and not very much else apart from wining and dining.

Yesterday, for instance, the most amazing Ultratrail Mallorca took place in the Serra de Tramuntana, and not many people gave it much attention apart from close friends and family members. There were perhaps 1,800 participants walking, running, ambling and limping the 105 kilometres between Andratx and Pollença, with the best able ones beating themselves in just over eleven hours, all satellite tracked from high above and chip controlled from down below. I think it is amazing what goes on here on the island and what a shame that most of us are not aware of half the going-ons, most of the time.

Anyway, a big applause to the brave athletes who yesterday not only managed to cross the finishing line after some twelve to twenty hours but who also conquered themselves in the proceedings. What an inimitable feat.

The yellow machine in the photo (above) is a high-tech chip detector on one of the five check-points between start and finish in yesterday’s competition. Each and every participating athlete was equipped with a microchip and his or her whereabouts or passing-through and time was monitored. The red numbers on the runner’s vest in the photo indicate one of the 1,200 participants who started the race in Andratx at 00h00, and the green number tag indicates one of the 600 participants who started the competition in Valldemossa at 08h00. The carriers of red had been on the go for 18 hours by the time this picture was taken, and the carriers of green, ten hours. Utterly amazing.

I reckon there will be much more going on here in Mallorca before my enthusiasm and wonderment are exhausted. Stay tuned.

The photo (top) was taken in Escorca, Mallorca, Baleares, Spain. The date: April 21st, 2012. The time was 18:13:29. The image (below) was borrowed from the Internet, courtesy of Google and siguemeya.com.